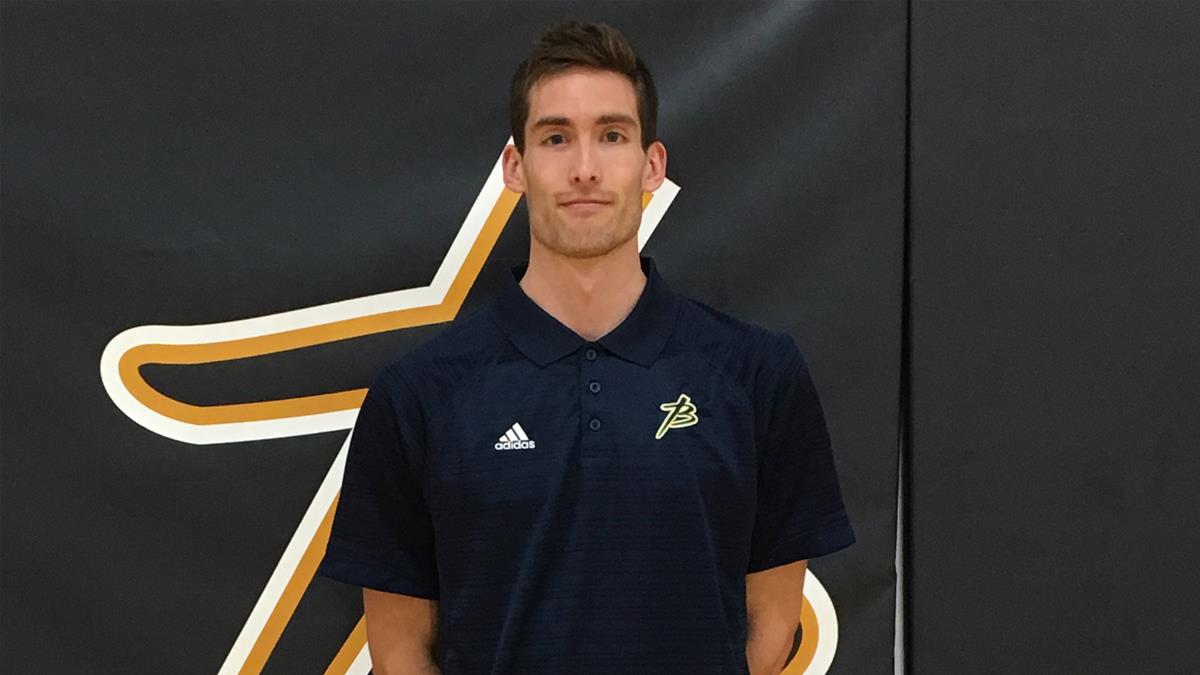 Briercrest Athletics is excited to officially announce the hiring of Leigh Goossen as the JV men’s volleyball head coach and varsity assistant coach. Goossen, who is originally from Manitoba, but grew up in Kelowna, BC for most of his life, first heard about the positon from the varsity men’s volleyball head coach Nigel Mullan. Coach Mullan expressed, “we are excited to have Leigh join our program this season. We are looking forward to Leigh sharing his experiences with us that he learned during his time at different post-secondary programs. He definitely has a heart to see the guys succeed in many different ways, whether it is through the opportunities that present themselves on the floor or off.”

Ultimately, Goossen choose to accept the position because the opportunity had God’s provisions written all over it expressing, “He has moved in my life and in others to make this job a possibility for me and I am learning to follow the path God has laid down before me.”While Goossen currently has friends on the varsity and junior varsity teams at Briercrest, he hadn’t heard about the college until a few years ago when his team made Nationals, which was hosted by Briercrest. Although he never set foot on campus until several years after that, Goossen says “I could tell then at Nationals, from the fan base, that this town loved this team. Upon finally arriving in Caronport, I have been met with an outstanding hospitality from both members of the school staff and community.”

Over the years, Goossen has developed an extensive background in volleyball as an athlete which he is bringing to the men’s programs this season. Goossen played all 5 of his eligible years, including two of those at the CIS level. As he explains “I was one of the privileged ones to have been able to play out all 5 of my eligibility years in post-secondary sports… I have attended UBCO (1 year), CBC (2), and Trinity Western (2).” During his five years, Goossen achieved 2 CANWEST gold medals, 2 national gold medals at the CIS/USPORT level with Trinity Western University and had a CCAA National appearance. In addition, Goossen was personally recognized for his athletic abilities as a PACWEST first-team All-star and CCAA All-Canadian athlete.

Taking on the coaching positions however; will not be a far shift for Goossen. Over the years he has grown his experience as a u15-u18 high school and club volleyball assistant coach. As for this position, Goossen is excited to combine “both of my passions: sports and people. I’m also excited to move around a little bit for this job. I am an active guy and I appreciate the part of the job that involves being in the gym (either for practices or games).”

Most of all, Goossen is looking forward “to getting to know other staff members, learning from the seasoned leader already on staff, while growing in my own leadership skills. This is also a place where I can develop my relationship with Christ; an area in my life that I want to focus on, more headily, this year. More than anything else, I want to be known as a good and faithful servant to the Lord. That through my connections with staff, student body, the community, and campus visitors I raise his name up, even before I do the school and before I do my own name.”