Growing the next generation through summer camps 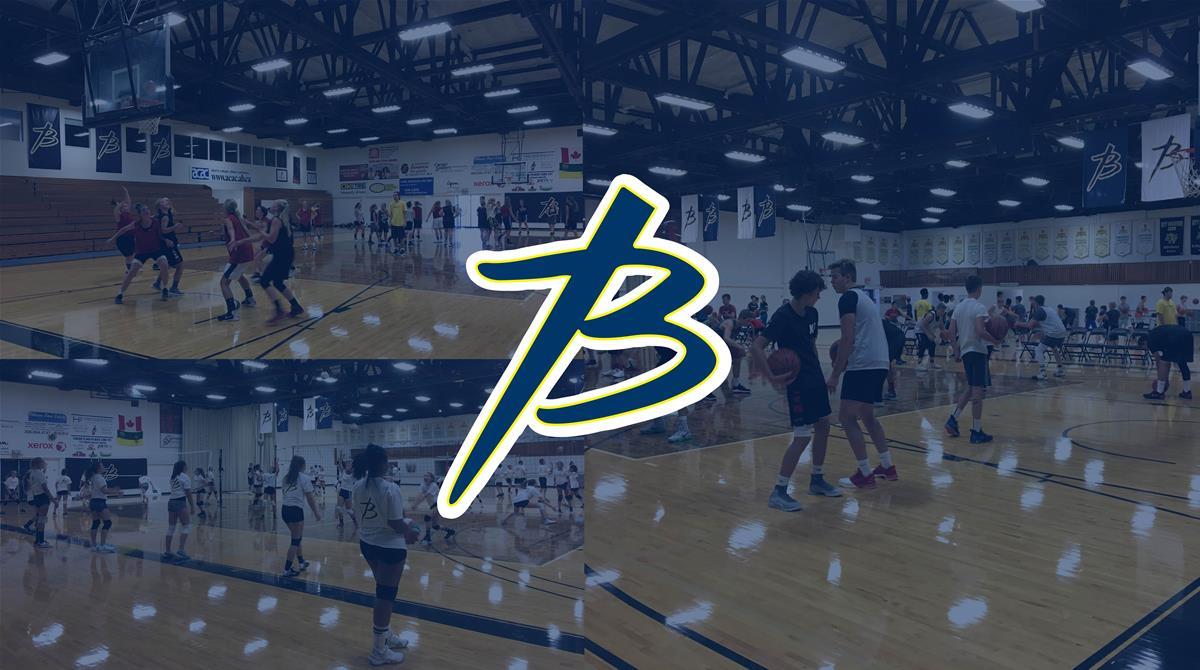 Last week marked the end of summer camps for Athletics in which the department saw close to 300 campers hit the gym courts for 3 weeks straight. Each camp welcomed enthusiastic boys and girls between the ages of 11 and 18 for basketball and volleyball. Campers this year came from all across the country from BC all the way to Quebec and even as far as Mexico to attend this year’s camp.

A few of the groups split their gym sessions between Caronport Elementary School and Cornerstone Christian in Moose Jaw which provided the campers with an opportunity to get more court time. While each camp focused on their own specific drills during the week, all three carved out time for fun activities like swimming, 3-on-3 and 5-on-5(basketball) and 6 vs. 6 (volleyball) tournaments as well as coaches vs. camper games. Closing out each week were award ceremonies where athletes were recognized for their skills and growth throughout the week.

While athletics enjoys offering these sports camps to develop the next generation of athletes, sports are not the department’s sole focus. The campers were also challenged spiritually to not just develop their skills on the court, but to grow as a Christian athlete as well. As guest speaker Matt Blackaby explained, “the athletes are pushed throughout the day in numerous fun and intense skill sessions and their evenings are capped off with time to reflect on their purpose, values and reasons for living the way they do.” Blackaby, who will be playing for the men’s basketball team this season, specifically spoke to the volleyball and boys’ basketball campers about “how our hope comes from Jesus Christ and how that hope brings us to live with joy because we have a purpose beyond our own pursuits in this world. I also spoke about living in righteousness and how we are called to do what is right even when in difficult circumstances.”

As for the girls’ basketball camp, guest speaker and Briercrest Student Government President Adam McNeil, approached his week with the passage Mark 1:1, "The beginning of the good news about Jesus the Messiah, the Son of God.” This led to him asking the campers: 'Who is this Jesus?" As McNeil explains, “it led us on a roundabout journey from page one of the bible to the end of Mark's gospel, where we followed the mission of God to bring us to our true home, that is, community with God and one another.” He sums up his week explaining, “the high energy and the intense learning that goes on as athletes, drew us together each evening to walk through the Gospel message,” which created a great week.

Both Blackaby and McNeil saw the impact that these camps had on the campers, expressing it was great to see “young athletes really grapple with what the Bible has to offer and how they too can find hope in Jesus Christ for today, and tomorrow” and overall, it was “an unforgettable week of camp where we saw the Gospel lived out authentically.”