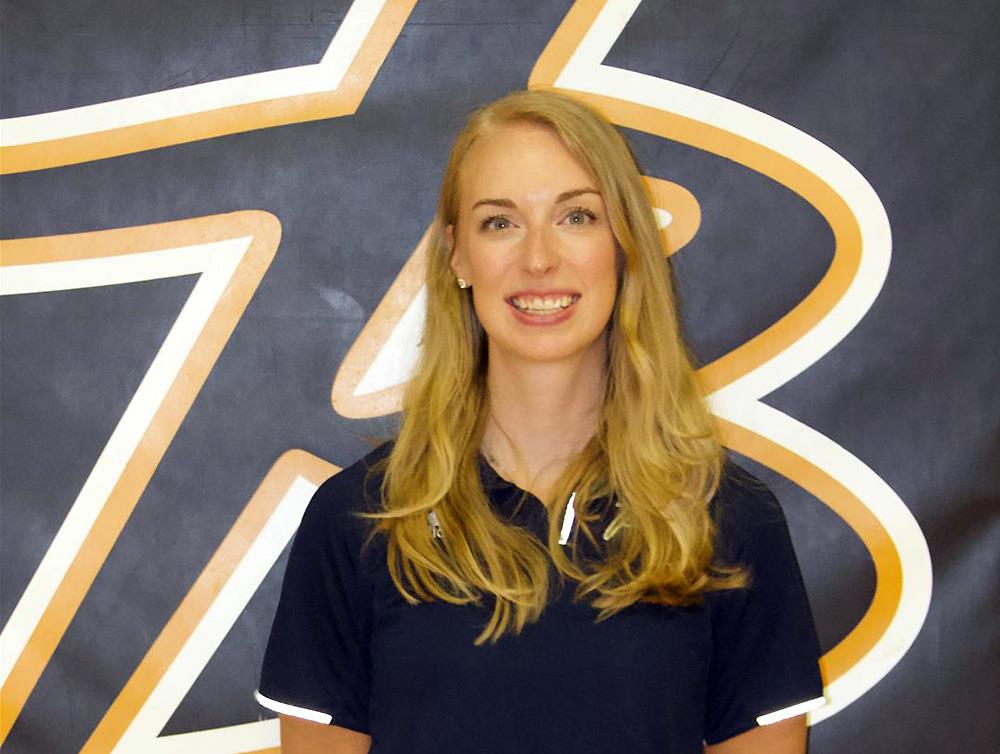 Briercrest Athletics is excited to announce the hiring of Jessie Wyllie as the departments Athletic Therapist.

Jessie, who grew up in Telkwa, BC but now calls Victoria home, first heard about the position from friend and previous Briercrest athletic therapist Kara Mikkers. After hearing about the college, she came to visit campus back in February and her first impression was “how incredibly friendly and kind every single person I met was and that was ultimately what made me really start considering moving out here for this job.” Jessie also recognizes God’s timing in everything, as she describes “God has a funny way of presenting the perfect opportunities at just the right time. Every job I have worked has been a result of just so happening to know the right person or be in the right place at the right time. None of that is coincidence and I am so blessed for each and every opportunity I have had in my life as it has brought me here to where I am today. I am so excited to see what God has in store for me at Briercrest!”

Like many working in sports, Jessie was competitive in track and field and soccer while growing up and also enjoyed recreational volleyball and beach volleyball. In addition to sports, Jessie was also active in theatre arts. Although she started out pursuing a degree in musical theatre, it wasn’t long before Jessie changed her career path to athletic therapy. During her first year of college at the University of Victoria, she spilt her course load between kinesiology and theatre. However, Jessie switched her focus to athletic therapy and not long after, was accepted into to the Athletic and Exercise Therapy program at Camosun College.

Jessie will be bringing years of hands on experience with her. During her program, she “obtain 600 hours in a clinic setting and 600 hours in a field setting with sports teams. I worked with several junior hockey and lacrosse teams as well as high school sports academies and national Paralympic teams during this time for work placements.” After graduating with her bachelor’s degree, Jessie continued to expand her experience working with Shawnigan Lake School Hockey Academy for two years. In addition, she also worked part time at Camosun College in their student learning clinic where she treated the general public while mentoring current AT students. “From there I moved to Nelson, BC for a year and a half, where I primarily worked in a clinic treating a wide variety of active population in addition to working with a major midget hockey team in Trail, BC which allowed me to travel all over the province covering games.”

While Caronport reminds Jessie of her town back home, she does note there are considerable differences between the BC mountains and Saskatchewan landscape. Most noticeably though, the colder temperatures; however, she is excited for the new prairie experience. Most of all, she is looking forward to working with “student-athletes which is her favourite demographic to work with and also the opportunity to grow as a practitioner in this environment. Also, with all of the different teams – coaches and athletes – and developing an environment that focuses just as much on the prevention of injuries as the rehabilitation so that our athletes can perform at their best. I really strive to provide an environment where athletes feel at home and safe. Although I deal primarily with physical injuries, I also make sure to address the emotional struggles that can often come hand in hand. I make sure to look at each person as a whole vs focusing on one aspect of an injury.”

Athletic Director Rob Schellenberg is looking forwarded to having Jessie a part of the department, saying: “We are extremely excited about having someone with Jessie’s ability joining our team. We are thankful that she is willing to serve alongside the rest of the coaches and support staff at Briercrest.”