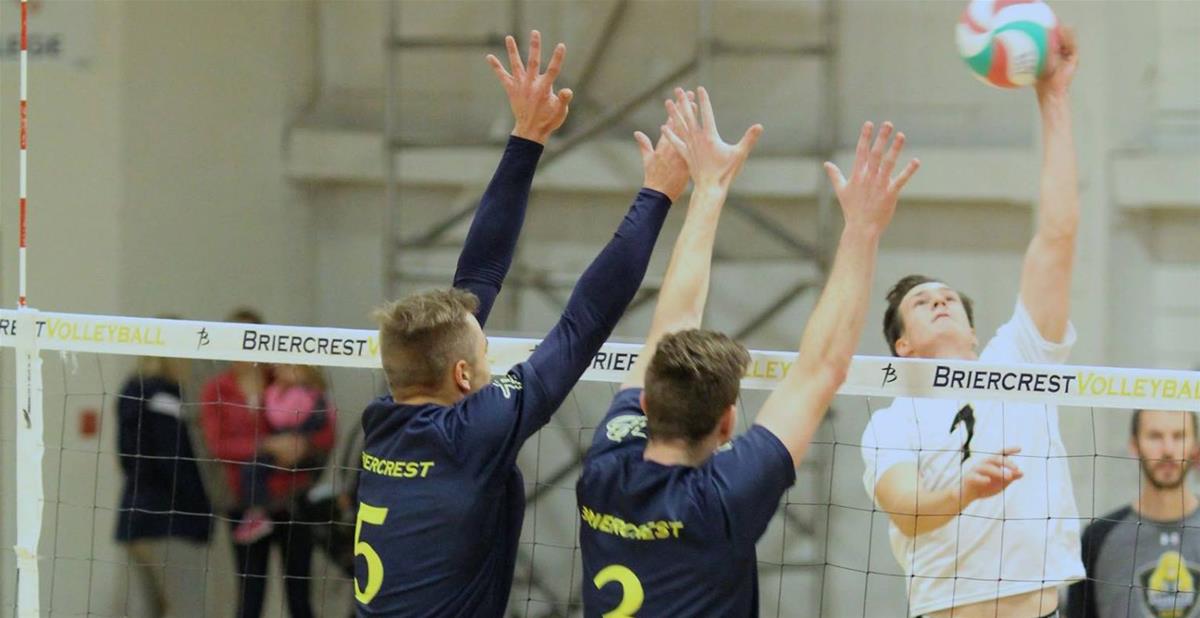 The Briercrest Men’s and Women’s volleyball teams came back to play Red Deer College for the second time on Saturday. Saturday’s game played out much like the previous days games, with an ultimate win for both Briercrest teams.

The women’s game kicked off with Briercrest scoring the first point of the game and starting the rallying and battling that marked the first set. Both teams had focus and determination which was shown by their kills, digs, and blocks. Briercrest’s Samantha Zacharias showed especial skill when it came to kills, and Red Deer’s player, Katrina Dawe, pumped her team up with her solid hits as well. The intense set ended with Briercrest winning it 25-20.

The second set was characterized by a constant point battle that left both teams tied up multiple times. The intense competition brought out great digs by Briercrest’s Kirsty Kindrachuck and kills by Red Deer’s Hanna Delemont. The teams finished the set with a 28-26 win for Red Deer.

The third set saw the same high energy levels from all the players, but Briercrest’s Janae Rapley stood out with her impressive and powerful kills that earned her team multiple points. The teams continued to demonstrate their communication and strategy, but Briercrest took the set with a 25-19 win.

Red Deer took a strong lead in the fourth and final set and maintained it until Briercrest tied them with 19-19. Red Deer players threw themselves across the court with multiple dives and digs and proved their intent to win. First year Briercrest player, Mia Harder, scored a kill for her team, and Janae Rapley made the kill that won the game for Briercrest, 27-25. The Briercrest player of the game was #12 Sam Zacharias, and the Red Deer player of the game was #6 Miranda Dawe.

The men’s first set began by Red Deer taking the first point. They came in strong with kills by players Adam Turlejski and Mark DeWit, and exhibited their well practiced plays. Red Deer was leading, but with the help of digs by Briercrest player Dalon Hordyk, and kills by Javier Alvarez, Briercrest gained multiple points and won the set 25-21.

The second set ensued with Briercrest leading with multiple kills courtesy of Mitch Erickson. Red deer seemed to be catching up, but Briercrest maintained their lead and finished the set with a 25-22 win.