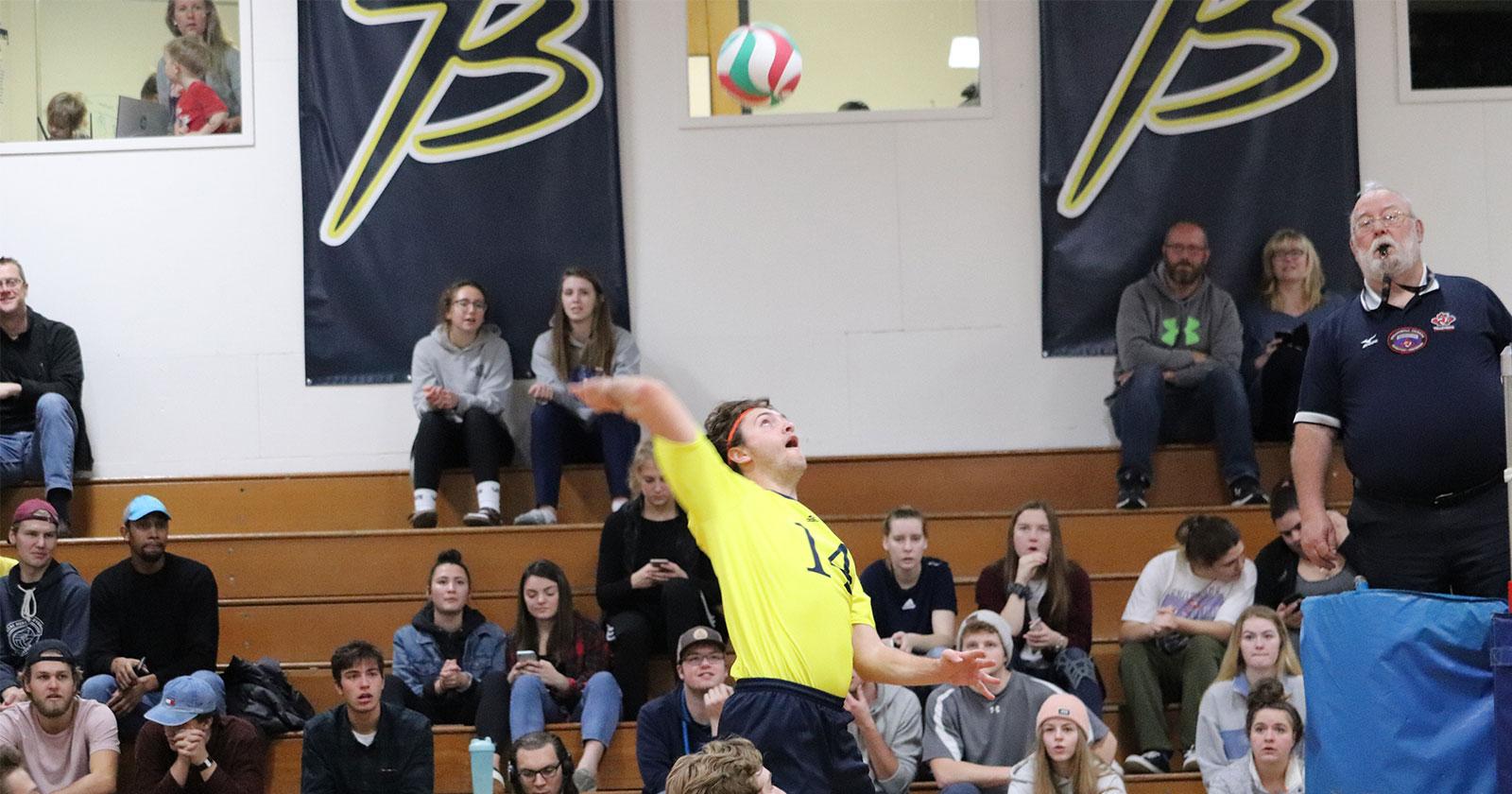 Briercrest set the pace early in the first set, taking the lead and running with it. The Clippers went up 14-6 on the Sun Dogs before eventually capturing the first set 25-9. Looking to keep their momentum rolling, the Clippers began the second set the same as the first. However, the Sun Dogs were not going to go down quite so easily, and only trailed by five points halfway through the set at 15-10. But the Clippers were not going to lose their groove so quickly and made a push for the finish, capitalizing on their lead and capturing the second set 25-17. However, it was the Sun Dogs who took the lead early in the third set, leading the Clippers 5-4. But the lead was short lived, and the Clippers soon took an 8-6 lead, which they continued to build until eventually winning the set 25-15.