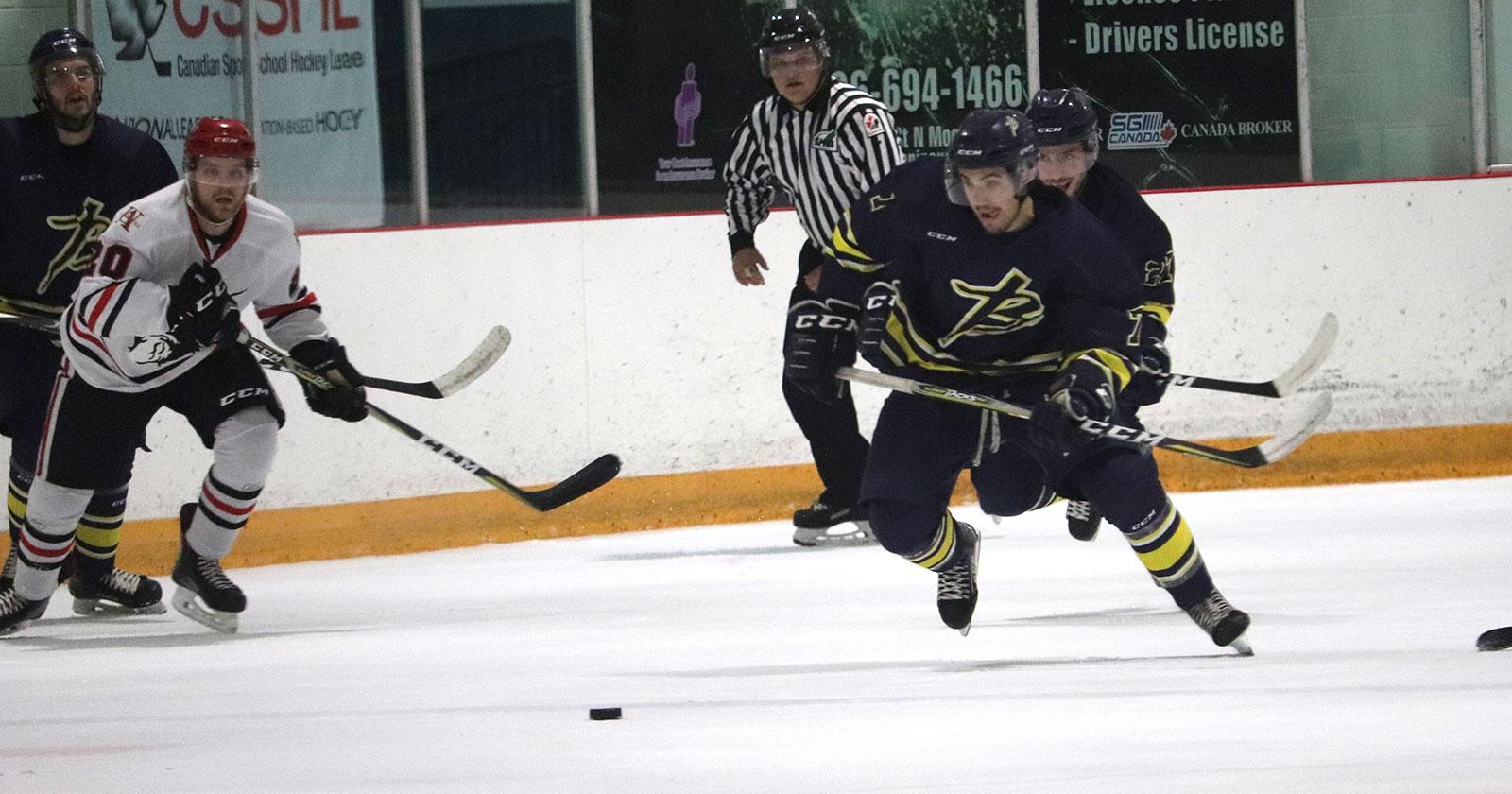 Briercrest Hockey faced off against the 1st place NAIT Ooks on Friday night at the Barkman Arena.  After a well deserved rest, the team was eager to get back at it and started the game with hard hits and end to end action.  It took twelve minutes before veteran NAIT player Tanner Younghans was able to score on the power play. NAIT would go on to score another to end the period 2 - 0.  Shots were 6 - 22 in favour of the Ooks.

The second period would see frustration rise and a few trips to the penalty box for both teams.  Despite valiant efforts by the Clippers, they were not able to get one past the Ooks' netminder and the score at the end of the second period was 3 - 0.

The third period was fast paced action but the Clippers still were not able to break the scoring barrier and the game ended with an 5-0 score.  At the games' end the power play opportunities  evened out to four a side and the final shots were 28- 46 for NAIT.