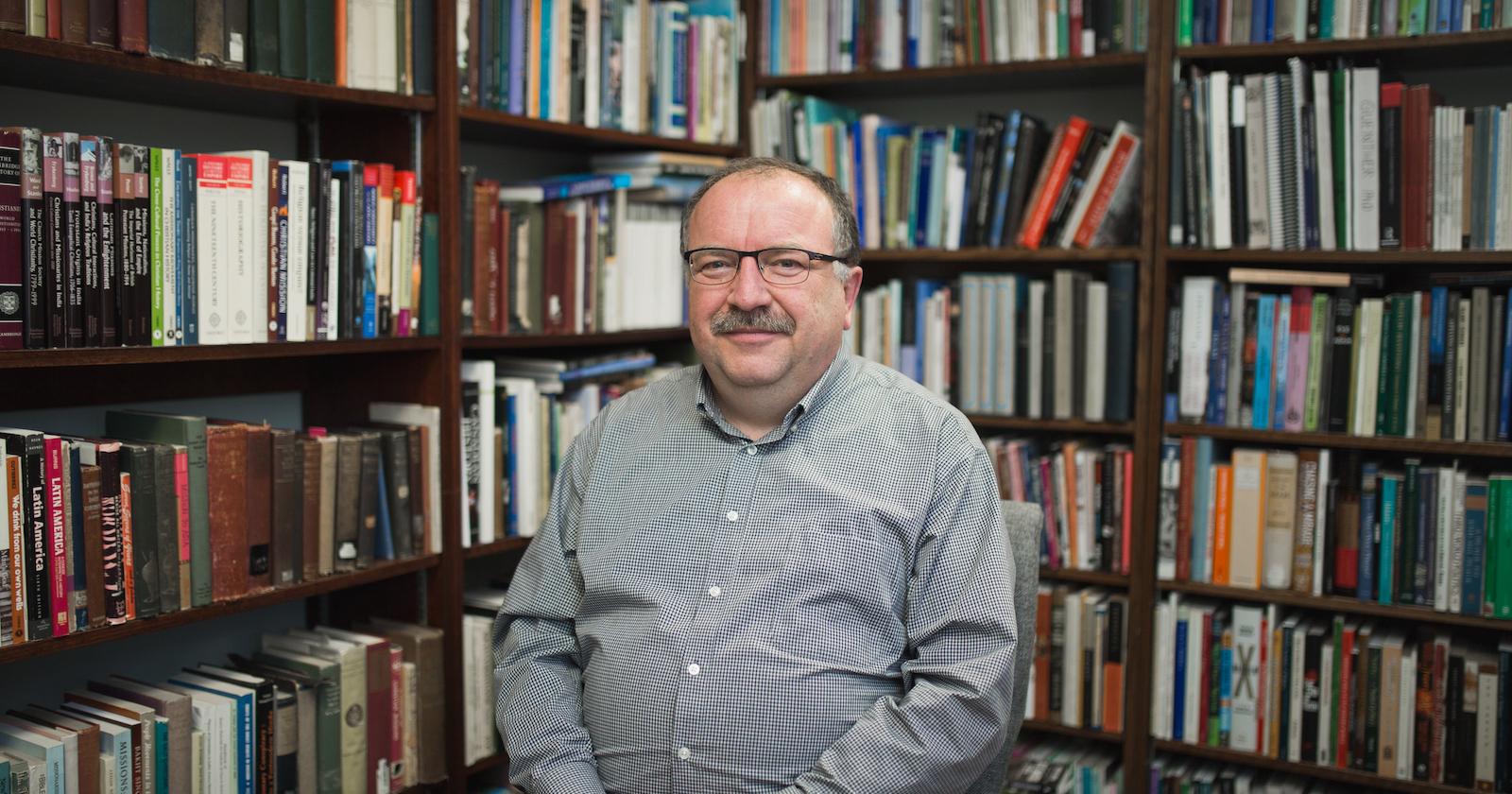 This summer I had the opportunity to spend six weeks in Manchester studying Methodist hymn books published in Britain in the 19th century. I had applied for and received a Visiting Fellowship jointly offered by the Manchester Wesley Research Centre and the John Rylands Research Institute. The MWRC is located at the Nazarene Theological College in Didsbury, a suburb of Manchester, and this became my home while I commuted to the John Rylands Library in the heart of the city.

The library was founded in 1900 by Enriqueta Augustina Rylands, the widow of John Rylands, a very wealthy industrialist, and is a beautiful neo-Gothic structure. But aside from its beauty, it houses some major collections drawing researchers from around the world. The collections that interested me were those in the Methodist Archives and Research Centre, particularly the vast collection of Methodist hymn books.

Although I love singing (especially the hymns of Charles Wesley!), the study of hymnology is quite a departure from my usual research interests of the histories of Islam, of Christian-Muslim relations, and of the missionary movement. But there is a connection. When I applied for the Fellowship, I had hoped to continue the work I had started the previous summer when I had looked at hymn books published by Methodist missionaries from the United States working among Muslims in North India. But because the hymnal collection included very little non-European material, it was recommended that I revise my proposal.

And so I began thinking about analyzing the globalization of Methodist worship, tracing the growth of the missionary section in the hymnals and the inclusion of other hymns and songs composed outside of Europe. The JRL has more than 1800 hymn books in its collection, and these formed the heart of my research. Before I left for England, however, I did some preliminary research to become acquainted with the topic. In this I was assisted by Christopher Kayler who teaches the history of western music here at Briercrest, as well as by my students in my History of Christianity class, a number of whom chose to write their research papers on hymn writers of past centuries.

When I started to explore the Methodist hymn books at the JRL after arriving in Manchester, I was fascinated to discover that within six years of John Wesley’s death in 1791, the Methodist movement began to splinter into various groups such as the Methodist New Connexion (1797), the Primitive Methodists (1810), and the Bible Christians (1815), and that each of the groups published their own hymn book. A subsequent division in the Primitive Methodists led to the formation of the Female Revivalists led by two women preachers, also with their own hymn book.

While the hymns of Charles Wesley continued to dominate all the hymn books, the splinter groups were quicker to compose or adopt other hymns than were the main body of Wesleyan Methodists. In particular the Primitive Methodists appear to have been most open to adopting camp-meeting style songs from America; indeed, it was their support for camp meetings that had led to their rejection by the main body of Methodists.

As for the missionary emphasis, I was wondering what impact the formation of the Wesleyan Missionary Society in 1813 would have on the songs Methodist congregations sang. In the first significant revision to John Wesley’s Collection of Hymns in 1831, the main group of Methodists did add a section entitled “On the Establishment and Extension of the Kingdom of Christ,” which consisted entirely of songs by Charles Wesley and Isaac Watts. The other Methodist groups similarly added sections on missions but drew from more eclectic sources.

The question could be asked, “Why bother with studying hymn books when they seem to have been replaced by projectors and screens in many churches?” While it is true that at one time the use of hymn books was as much an innovation as the introduction of PowerPoint at the end of the 20th century, hymn books have an important role in the history of the Church.

In my research I learned the following:

The global spread of hymn books through the missionary movement indicates their cross-cultural importance. While many of the early hymnbooks in mission regions consisted of translated Western hymns, it was not long before the music and poetry of the indigenous churches were integrated. However, the reverse influence has been much slower as British hymn books in particular, were much slower in adopting hymns produced by Christians from other parts of the world.

Now that I’m back at Briercrest, I will be writing up my findings and exploring related research topics. One particular idea that appeals to me is to compare missionary hymn books prepared by my own denomination, the Free Methodists, with similar hymnbooks published by Methodists in Britain, the States, India (Hindustani), and Canada (Cree), looking at who was involved in composing hymns and in selecting the hymns to be included, and looking at the impact the hymn books had in shaping the Church.

I will close with a quotation from John Wesley’s original introduction to the first edition of A Collection of Hymns for the use of the People called Methodists (1780):

“But to return. What is of infinitely more moment than the Spirit of Poetry, is the Spirit of Piety. And I trust all persons of real judgment will find this breathing through the whole Collection. It is in this view chiefly that I would recommend it to every truly pious reader: as a means of raising or quickening the spirit of devotion, of confirming his faith, of [enlivening] his hope, and kindling or increasing his love to God and man. When poetry thus keeps its place, as the handmaid of piety, it shall attain not a poor perishable wreath, but a crown that fadeth not away.”